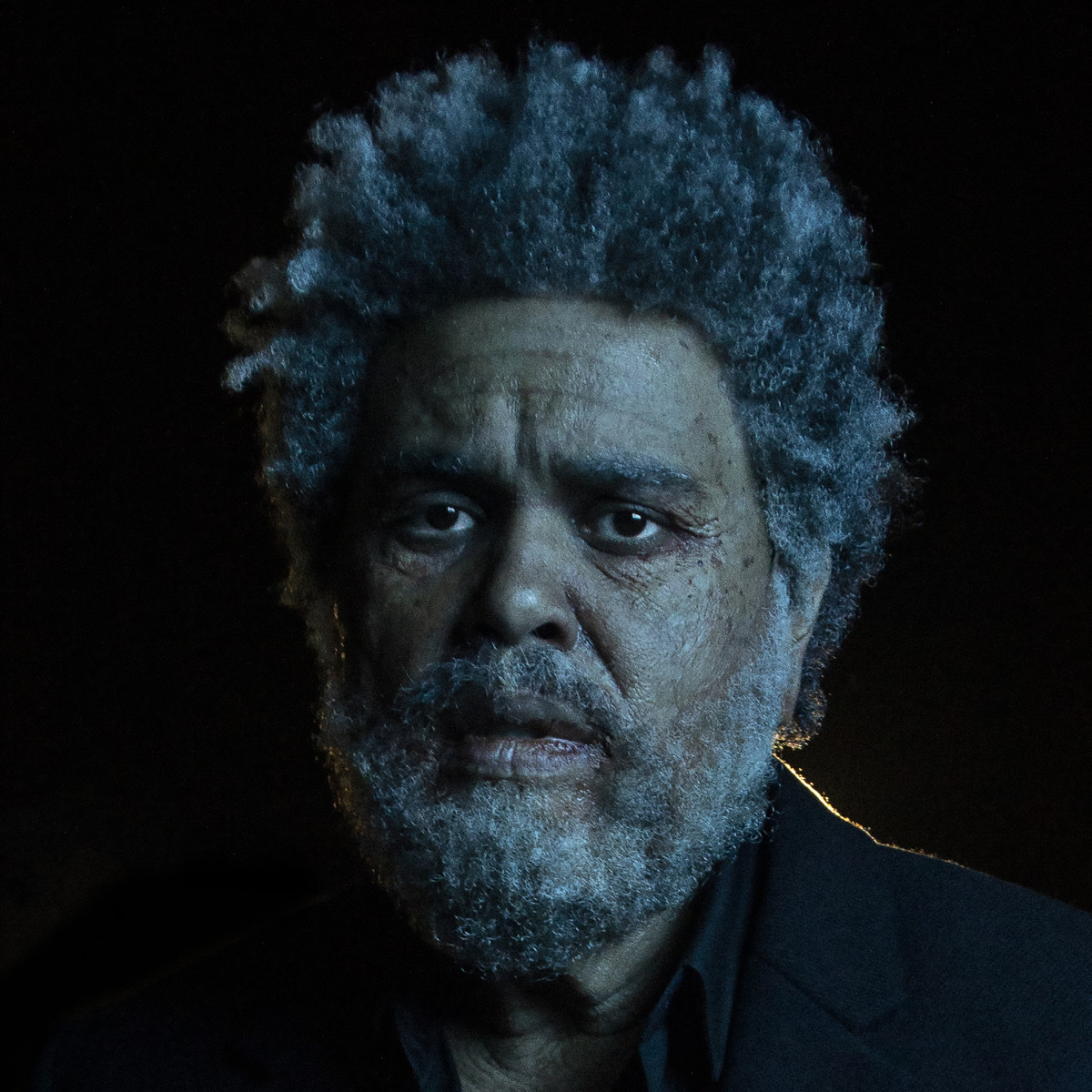 Two years after the resounding success of “After Hours”, Abel Tesfaye AKA The Weeknd is back with his fifth studio album entitled “Dawn FM” in which he switches from the bloodied and bandaged persona of After Hours to that of an octogenarian caught in some sort of music purgatory.

The album opens with the eponymous song “Dawn FM” which works as a reveal of the nature of the album; an 80s euphoria inspired album which brings the disco groove back -without making it seem as a cheap callback to the genre- mixed with RnB, Pop and Hip-Hop sonorities.

The record aims to be an experience, a one-hour movie, more than anything, and it succeeds in doing so with the bittersweet and groovy feeling beaming throughout the album, as well as the guests that bring life to the interludes, amongst whom Jim Carrey who stars as the radio host. The tracks are very well connected and it’s clear that the “single power” that we saw in After Hours was sacrificed for the overall homogeneity of the album, which makes for an overall better experience. The end of the record also shows a more upbeat and optimistic Abel, which is understandable given that the last album was documenting his fall all the way down to rock bottom. A miserable Abel like the one on After Hours would’ve just made this album a copycat and not an experience on its own right.

The first part of the album picks up where After Hours left, with the main character downhearted and surrounded by drugs and women. “It’s 5 AM, I’m high again // And you can see that I’m in pain” from “Gasoline” and ”When you cry and say you miss me // I lie and tell you that I’ll never leave” from “Sacrifice” show the womanizing drug addict that wanted to conquer California in the previous album, but ended up lost and empty inside. The first interlude of the album, “A Tale by Quincy”, stars music producer Quincy Jones narrating the events of the main character’s life and giving us an insight into his past trauma that led to him being who he is today. “It bled into my relationships with family and those I had become romantically involved with” finally sees the character self-reflecting.

After the interlude, the second part of the album kicks off with “Out of Time”, a love ballad that starts with “The last few months, I’ve been workin’ on me, baby // There’s so much trauma in my life”. The next tracks highlight this toxic relationship furthermore. “But I know you’re right for me // Ecstasy // I keep coming back for more” in “Don’t Break My Heart” shows that Abel keeps repressing the idea of love while constantly craving it, and “I heard you’re married, girl // I knew that this was too good to be true” in “I Heard you’re Married” shows him realizing that he lost the girl. The defeat is finally accepted in one of the biggest highlights of the album: the more upbeat “Less than Zero”. He accepts his true self, “I’ll always be less than zero”, which means that he’ll always be a cold-hearted person. This acceptance alongside the track’s lively energy symbolizes the first steps to transition from dark to light.

The album caps off with a memorable Jim Carrey performance; “Phantom Regret By Jim” distills the essence of the album into a poem that conveys a clear message of hope and paves the way to what comes next. “Heaven’s for those who let go of regret” teaches closure and highlights Abel’s journey all the way to “Less than Zero”. The last sentence, “You gotta be Heaven to see Heaven // May peace be with you” teaches self-acceptance, which is the only key to finding happiness.

The imagery is also strong, but subtle, in the album. The title “Dawn” means a new beginning for the Weeknd. After all the heartbreak and sorrow that defined his previous era, the new album allows him to get out of that feeling of isolation and explore more positive notes. Abel also references in interviews the album concept as “purgatory”, a place between heaven and hell, dark and light. The album is comparable to driving your car down a tunnel with the aim to get out of it and into the light, and the positive energy towards the second part of the album makes purgatory sound good, but it’s still purgatory because it’s still dawn. Abel also says that this album could potentially be a start to a trilogy, one where we see him continue in the direction he took towards the end.

The themes that the Weeknd uses in the album are his usual themes, except love ballads are found more often than sex music and male misery, the latter being almost non-existent. This doesn’t really take away anything from the album considering its general concept. The interludes are also very well placed and help connect the album. However, A big low for the album were the featurings with Tyler, the Creator and Lil Wayne. Tyler’s verse in “Here We go… Again”-while enjoyable- waters down Abel’s approach to the song and feels out of place with the general tone while Lil Wayne’s performance in “I Heard you’re Married” is arguably one of his worst ever.

“Dawn FM” gives off a defying vibe: that of an artist who’s sitting atop the mountain of success in the music industry but decides in a fit of pure ambition to release a concept album which differs greatly from the albums he put out before. The album doesn’t have all the ingredients that we generally associate with the Weeknd and that’s why most fans enjoyed it less than the critics did. But perhaps that was the goal: to make his fans get out of the comfort zone just like he did, and perhaps we should start putting the Weeknd among the artists who don’t need every new album they release to be compared to the rest of their catalogue.